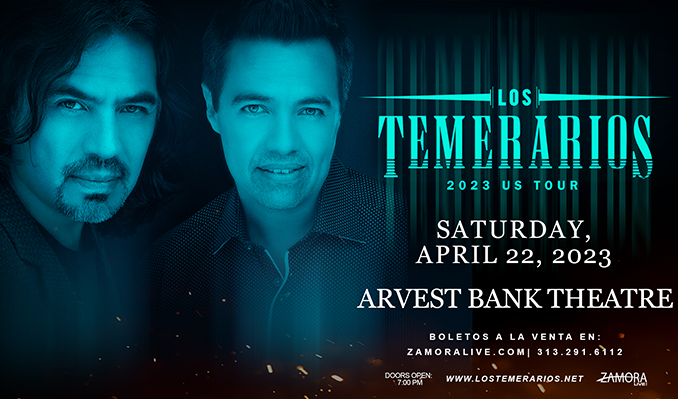 Please note: All attendees will be required to show proof of a negative COVID-19 test within 72 hours of the event OR proof of full COVID-19 vaccination for entry. More information can be found at the venue website.

Los Temerarios are a Mexican romantic music group started in 1978 by brothers Adolfo Angel and Gustavo Angel and their cousin Fernando Angel . During their early years they were known as Conjunto La Brisa.

Los Temerarios have recorded more than 20 albums and been honored with multiple awards and award nominations. In 1991, they earned 5 Billboard awards nominations in the Latin categories.

They have performed in many notable venues, such as Radio City Music Hall (where they became the first Mexican music act to lead a concert), Sports Arena, where they joined Bruce Springsteen and Michael Jackson as the only musical acts to fill the arena (earning an award for that feat), and Auditorio Nacional of Mexico City, where they were the first Mexican group ever to perform.

YouTubeAmazonFacebookTwitterOfficial Website
*Service and handling fees are added to the price of each ticket.