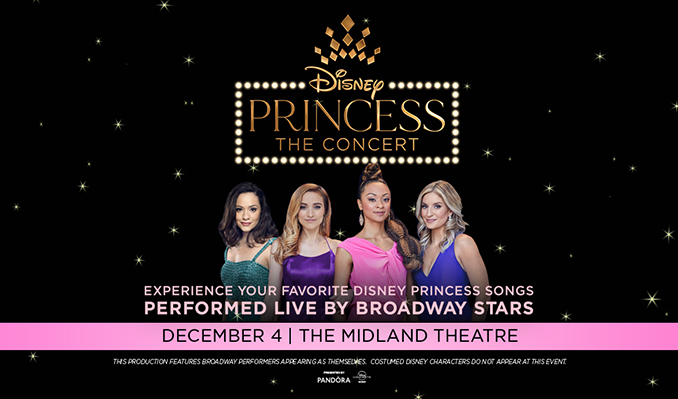 There are currently no COVID-19 mandates applicable to the show.  Given the changing nature of the virus and local mandates, our COVID-19 protocols are subject to change. Please visit our website for more information.

Christy Altomare originated the role of Anya in the Broadway production of Anastasia for which she received the Theatre World Award and was nominated for an Outer Critics Award and a Drama Desk Award for lead actress in a musical. She made her Broadway debut playing the role of Sophie Sheridan in Mamma Mia!.  Off-Broadway, Christy portrayed the role of Sue Snell in MCC’s revival of Carrie the Musical. Christy can be heard in the cast recordings of both Anastasia and Carrie. She toured the country in the first national tour of Spring Awakening, playing role of Wendla Bergman. Regional credits include Jerusha Abbott in John Caird and Paul Gordon’s production of Daddy Long Legs, Guinevere in Camelot at Drury Lane in Chicago, and most recently, Nellie Forbush in South Pacific at the Aspen Music Festival. Christy is a graduate of the Cincinnati College Conservatory of Music. Along with her passion for musical theater, she is a songwriter/recording artist, who recently released her new album of original music, Wandering Bird. You can follow Christy’s day-to-day life @ChristyAltomare on Twitter and Instagram / @ChristyAltomare0 on TikTok.

Susan Egan has made powerful impressions in theatre, film, television and music. She headlined on Broadway as Thoroughly Modern Millie, won critical acclaim as ‘Sally Bowles’ in Cabaret, starred in Triumph of Love and State Fair, and received Tony Award® and Drama Desk® nominations for “Best Actress” as the original ‘Belle’ in Disney’s Beauty and the Beast. Regionally, Egan starred alongside Carol Burnett in Putting It Together and Tommy Tune in the national tour of Bye, Bye Birdie, and developed works at Yale Repertory, Baltimore Center Stage, South Coast Repertory, and the Mark Taper Forum. Her film credits include 13 Going on 30, Gotta Kick It Up for Disney Channel, and many award-winning indies seen at Seattle Film Festival, Sarasota Film Festival, Slamdance, the HBO Comedy Festival and beyond. Susan has voiced leading characters in the animated features Hercules (Meg), Spirited Away (Lin), Porco Rosso (Gina), Lady and the Tramp II (Angel), has guest-starred this season on Disney Channel’s Amphibia, and spent the last 6 seasons on Cartoon Network’s Steven Universe (Rose Quartz/Pink Diamond). On television, she spent two seasons on the WB’s Nikki, recurred on Drew Carey and Almost Perfect, and has guest-starred on: Modern Family, House, Numb3rs, NYPD Blue, Arli$$, Party of Five, All My Children, Loving, Great Performances, and most recently the Disney+ series Encore.  Susan has headlined with more than 60 symphony orchestras worldwide, including return engagements at Lincoln Center, Carnegie Hall, the Kennedy Center and the Hollywood Bowl, and has over 40 recording credits including her solo albums: All That and More, So Far, Winter Tracks, Coffee House (Best Vocalist 2004), Susan Egan LIVE, The Secret of Happiness and Softly. She is an accomplished master teacher in music performance, obsessive gardener, happy wife, and mom to two daughters, who ask her repeatedly to stop singing. @IAmSusanEgan

Courtney Reed was last seen in Lauren Yee’s award-winning play Cambodian Rock Band at the Signature Theatre. She had the honor of originating the role of ‘Princess Jasmine’ in Disney's smash Broadway hit Aladdin, directed by Casey Nicholaw for which she received a Grammy® nomination, a role she just reprised for 4 months in London’s West End production! Prior to Aladdin, she had the privilege of being a part of the closing company of the Tony Award®-winning musical In The Heights written by Lin Manuel Miranda, in which she played ‘Carla,’ u/s ‘Nina’ and ‘Vanessa.’ She made her Broadway debut in Mamma Mia! just a few months after graduating from the Chicago College of Performing Arts at Roosevelt University. Her favorite regional credits include: ‘Andrea’ in Once on This Island at Papermill Playhouse (directed by Thomas Kail), ‘Tintinabula’ in Noble Fool's A Funny Thing Happened on the Way to the Forum, and Light Opera Works’ 110 in the Shade and South Pacific. Over the past several years, she has appeared on such television shows as: Liza On Demand, Search Party, The Affair, Law & Order: SVU, White Collar, NYC 22, and CSI: NY, and her favorite, web series Submissions Only. In 2018, she debuted her first solo concert Confessions of a Broadway Princess at Feinstein’s/54 Below in New York City. She is also the founder of her all-female-run company "Gagged Chokers," which has received praise in such magazines as People, People's Style Watch, Teen Vogue, Cosmopolitan, Allure, Refinery 29, More, and Yahoo. She recently appeared in Drake Doremus’ feature film Endings, Beginnings starring Shailene Woodley. Twitter/Instagram/Snapchat: @RhodesReed @GaggedChokers

Syndee Winters made her Broadway debut as future-queen ‘Nala’ in Disney’s The Lion King – a role she reprised in 2019, when she had the honorable opportunity to meet Sister ‘Nala,’ Beyonce, in preparation of The Lion King live-action film. Syndee’s other Broadway credits include Motown the Musical, Pippin, and “working it” as all three Schuyler Sisters in the smash hit Hamilton. On television, she’s been featured on NBC Live Jesus Christ Superstar with EGOT recipient John Legend, and as ‘Ms. Smiley’ on Law & Order SVU, where she interrogated Lieutenant Olivia Benson (Mariska Harigitay) on her parenting methods! Inspired by the art of storytelling, Syndee’s latest writing project celebrates the life of American Icon, Lena Horne, in a one- woman play with music entitled, LENA: A Moment with a Lady. As a recording artist, she has written and released several singles, EPs, and her debut Jazz vocal album Lessons: From A Lady, inspired by Lena Horne, which is available on iTunes, Spotify, and all digital platforms. You can also hear her voice on tracks by artists such as Snoop Dogg, Big Daddy Kane, and Grandmaster Flash. Syndee’s dreams of teaching were realized when she founded ROAR School, which equips students to be Resourceful, Optimistic, Authentic, and Reliant. Through her instruction, young artists learn to adapt to any environment throughout their performing journey; combining creativity, discipline, and mindfulness, ROAR School has transformed the skills of students all over the world! @syndeewinters

Benjamin Rauhala is one of the Broadway community's most trusted music directors and collaborators. He was the Associate Music Director for the world premiere of The Secret Life of Bees at the Atlantic Theater, directed by Sam Gold, with music by Duncan Sheik. He worked on the music team for both Bartlett Sher's Broadway revival of Fiddler on the Roof and the Broadway production of Duncan Sheik's American Psycho simultaneously during the 2016 season. His off-Broadway credits include David Byrne’s Joan of Arc: Into The Fire at The Public Theater and the current revival of The Marvelous Wonderettes at Theater Row. He has toured the world as the music director for Jeremy Jordan, the Tony-nominated star of Broadway's Newsies and The CW's Supergirl. He also tours with Tony®-nominee Ariana DeBose,  Nashville star Kyle Dean Massey, Hercules star Krysta Rodriguez, Jagged Little Pill standout Derek Klena and with Next to Normal Tony-nominee Jennifer Damiano. He previously served as music director for Hit List, the meta-musical from the NBC television show SMASH and is an Original Programming Producer at Feinstein's/54 Below, where he has created dozens of sold-out concerts, including the Broadway Princess Party series with Tony-nominee Laura Osnes, and the Broadway Loves Series, that has famously honored Britney Spears, Demi Lovato, Selena Gomez, Celine Dion and many more beloved pop icons. @brauhala

Adam J. Levy was last seen in the first national tour of Waitress. He is a proud OG member of Broadway Princess Party and a graduate of Pace University’s BFA musical theatre program. He appeared alongside Drew Gehling in the world premiere of the musical, Dave, helmed by Tina Landau at Arena Stage in Washington, D.C. His New York and regional credits include Fiddler on the Roof, The Light in the Piazza, A Chorus Line, The Way We Get By, Hairspray, Lysistrata Jones, and Merrily We Roll Along. He has also performed alongside symphony orchestras across the nation, including the New York Philharmonic and the Long Beach Symphony. Adam can be seen in the PBS documentary, Broadway or Bust, chronicling his journey at The Jimmy Awards in NYC. @adamjlevy

This production features Broadway performers appearing as themselves. Costumed Disney characters do not appear at this event.
Read More

For generations, the music of Disney’s princesses has been the soundtrack to our lives. Now, for the first time in forever, these beloved songs come to life on stage in Disney Princess - The Concert! Be our guest as a quartet of Broadway, television, and animated film icons celebrate the music from every Disney Princess in an unforgettable evening, alongside their magical Music Director and enchanting Prince. Your every dream will come true as larger than life animation and theatrical effects immerse the audience in pure Disney magic, while these acclaimed stars sing your favorite songs and share their exclusive, hilarious and heartfelt behind-the-scenes stories from their time on the stage and screen. We invite you to relive your VHS glory days, dress up in your favorite royal attire, and share the joy with your loved ones. Be part of our world at Disney Princess - The Concert, presented by Pandora Jewelry.

*This production features Broadway performers appearing as themselves. Costumed Disney characters do not appear at this event.

Read More
*Service and handling fees are added to the price of each ticket.